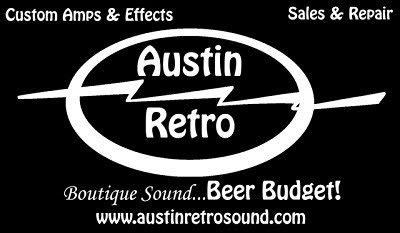 Boy do I love the city of Austin, Texas. For us music playing freakazoids there is no better one-stop town when it comes shows, bands, gigs, music festivals, and gear in general. As far as passion for true to-the-heart music loving, Austin definitely sits way up on the list. So when I discovered Chris Luton's Austin Retro amp & effects shop, I knew I was in for something good. It seems like more and more cats the last year or so have been gearing towards more traditional orientated gadgets, which to me is a good thing. Don't get me wrong, I love a new thing just as much as the next guy. It's just sometimes you need something that will hand it to you right there and then. This was exactly what Austin Retro's gear delivers, and just the thing needed to add a life to any signal. Some of the best memories I have I owe to the city of Austin. Now I can add a bit of Retro to it and make it that much better. 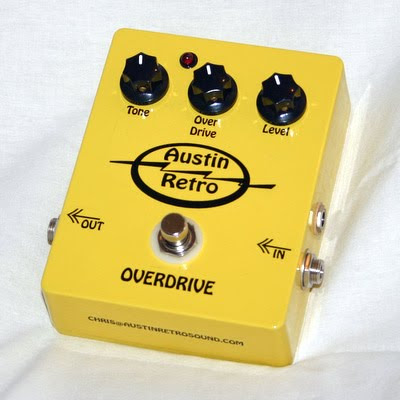 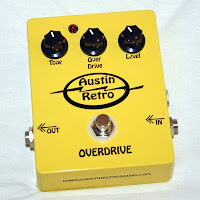 For more info on Austin Retro go to www.austinretrosound.com We will work our best to bring you more from these guys asap.
Posted by Alfie Cruz at 5:00 AM