Spencer Amps
That's right kids... I've hunted down another kickass effects pedal company. And his little outfit has really caught me by surprise. Spencer Amps is the brain child of one Bill Spencer, a passionate and experienced brother on a mission to build some of the best sounding and performing musical gadgets. Bill's outlook on the pedal game is aimed in one direction and one direction only...... to bring us tone hungry players as many original and interesting designs as possible. We're talking a cat that built his first fuzz box back in 76', a cat with numerous pedal and vacuum tube circuits under his belt, and a cat with 28 years experience in electronics, digital hardware design, patents, and repair. Throw in a musicians passion for tone and there you have it, Spencer Amps.
------------------------------------------ 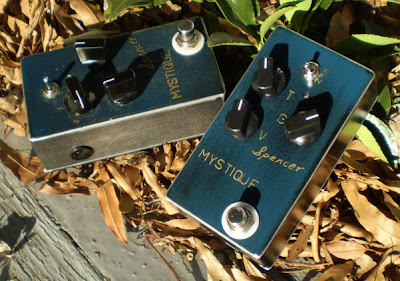 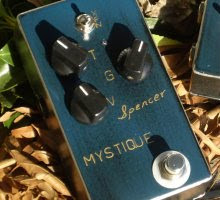 Make sure and check out the new Spencer Amps website at www.spenceramps.com Analog War Cry will be looking into more of these super cool pedals and sharing with ya'll our insight and feelings behind them. Stay tuned for more from Spencer Amps!
Posted by Alfie Cruz at 10:30 PM