Every time I think I've seen it all come across a company like this, and absolutely blows my mind. As more and more time goes by and effects become a much more common and popular source of inspiration. We begin to find new ways to be heard. But coming up with those new ideas is only the beginning of it all. We still need the tools to get the job done. This is exactly the mission behind Tonebutcher's creative designs. Anyone who's been playing around with effects pedals long enough knows that creating some strange and beautiful sound, tone, or effect usually comes from some happy accident. Now we have a handful of pedals to help us along on this journey. Pedals to give us the spark needed to tap into our wild child. Tonebutcher baby. 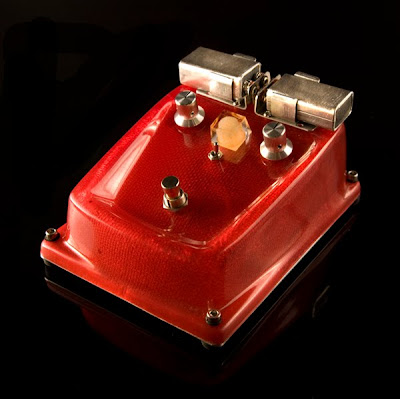