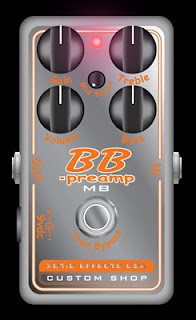 To me Xotic Effects has always been one of the few companies that has never needed an introduction. If ever there were a collection of pedals that speak for themselves it is the Xotic Effects line. Xotic's Tremendous Trio (BB Preamp, RC Booster, and AC Booster) are some of the world's most used and celebrated stompboxes available today. Pros, producers, and everyday players alike have taken to the awesome power that these three pedals own. Just about every player I know personally and otherwise sports one of the Tremendous Trio pedals in their rigs or setups. The reason for this is their tube-like feel, transparency, and wide range of dirt tones. I honestly thought there was no way to improve on these pedals. Then late last year Xotic announces the new addition of their Xotic Effects USA Custom Shop. The turnout has been an entirely new collection of superbly built, immaculate sounding stompboxes. The first of these Custom Shop champions? The BBP-MB. 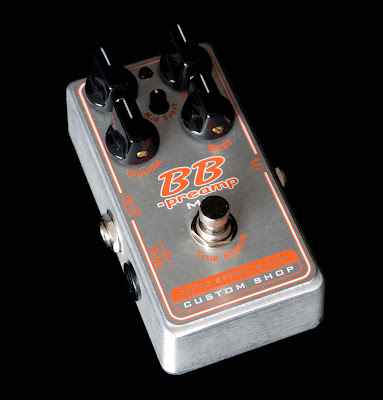 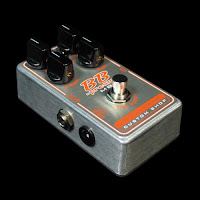 For more info on Xotic Effects go to www.xotic.us or click the direct link on our sidebar. We have lots more awesome features from this Xotic Effects so make sure to check in soon. We will be looking deeper into the Custom Shop stuff and rest of the Xotic line. Rock on!!!!
Posted by Alfie Cruz at 11:46 PM