These are the moments where digging and searching, and hoping and praying pay off. Us gear addicts, tone junkies, and guitar monkeys want one thing and one thing only... A great sound!!! Many times we find ourselves stuck and unable to move forward. Or we get close to how we want our tone to sound but never quite make it there. I personally think sometimes we tone maniacs over do it. We get so caught up in the whole "Holy Grail" tone thing that we end up sacrificing our guitar's and amp's true sound. If only you could see the things and combinations of things I've put together trying to achieve certain sounds. When I discovered El Musico Loco a few months ago something remarkable happened. Something that landed me back on planet earth and was able to give me instant gratification. As I sat there with my new little box, tweaking and turning it's knob, I discovered just how simple a killer tone could be achieved! Later I would email the head honcho (Chris Bradford) over at El Musico Loco to express my gratitude for creating such an amazing simple little box. That amazing simple little box?... 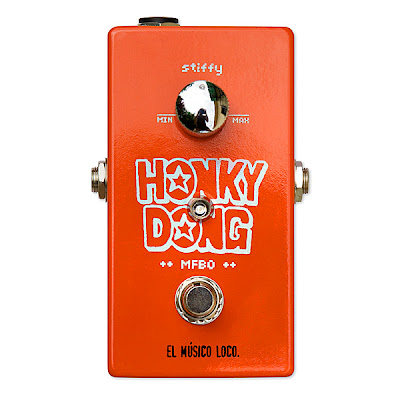 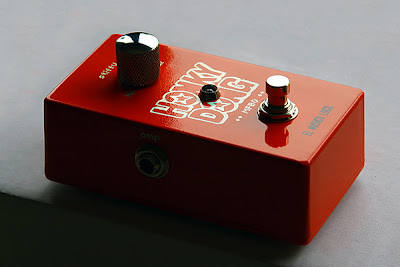 For more info on these mind blowing little boxes go to www.elmusicoloco.com You can also click on the El Musico Loco logo in our sidebar for a direct link to the site. We will be looking at more of Chris's pedals so make sure to keep an eye out for that. Until then go out and get a Honky Dong and tell them Analog War Cry sent you.