Cooking Up Something Real Nice

With vintage amps becoming as scarce and expensive as they have, boutique amplifiers have really been a breath of fresh air. More and more players are becoming tone conscience and aiming for all around better sound these days. Whether it be the session cat, major artist, up & comer, or bedroom rocker. For me it's always been about versatility married with great tone. This is exactly where Audio Kitchen comes into play. By paying great attention to detail and incorporating immaculate build quality, Audio Kitchen has been able to produce some of the most superb sounding amps I have ever plugged into. Audio Kitchen is as dedicated an amp company as one can get, and their work shows this quite clearly. I have always been a huge fan of the boutique and low watt amp scene, and in one way or another have always incorporated this type of amp into my live or record rigs. It has been tuff to find something that has worked though. Again, this is where Audio Kitchen has been awesome, designing a collection of amps that help us and not confuse us in our quest for the ultimate tone. This is all thanks to their secret weapon builder/amp designer Steve Crow. I had a chance to dig deep for a couple weeks into Audio Kitchen's 7 watt Little Chopper model. I'll just say this; If ever I was devastated to see a piece of gear go it was this one. The Little Chopper was able to show me an entirely new breed of low watt amplifier and the true meaning of boutique.
----------------------------------------------------- 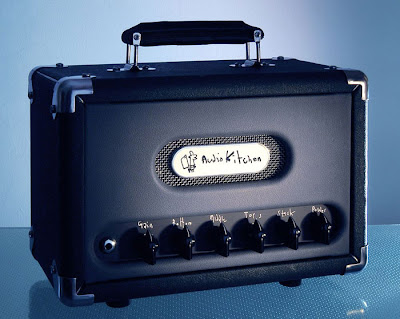 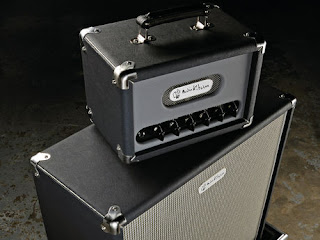 For more info on Audio Kitchen go to www.audiokitchen.co.uk Make sure to check out their video demos, pics, and other killer products. We will be keeping an eye on Audio Kitchen' progress and bringing more in the near future. You can also check out Little Chopper demos in our Youtube search engine at the bottom of our site.
Posted by Alfie Cruz at 3:00 PM