Tech 21 NYC. One of the heavyweights of our time and true innovators of the gear world. I will never forget the first time I had a chance to try the Tech 21 SansAmp. It was about 20 years ago while rocking out in a garage playing Metallica and Slayer covers. My friend had always used a SansAmp pedal as part of the massive sound he would get from his dingy little setup. It wasn't until I took a close look that I realized it wasn't just some ordinary distortion pedal. I took the SansAmp, plugged it in to my solid state Fender amp, then low and behold the heavens opened up. I couldn't believe I didn't have one of my own, and couldn't believe what sound was coming from my amp. Today Tech 21 continues their mission to create awesome product after awesome product. In the last few years alone Tech 21 has delivered some of the most spectacular gadgets to ever hit the gear scene, and I don't see them slowing down anytime soon. From their entire new line of guitar and bass pedals, to their amps, midi gear, cabs, and studio equipment. Tech 21 is on top of it, and taking it beyond.
----------------------------------------------------
Tech 21
New York, NY
Creator: Andrew Barta
Years in the Game: 21 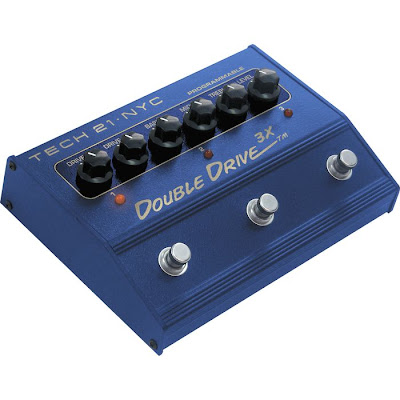