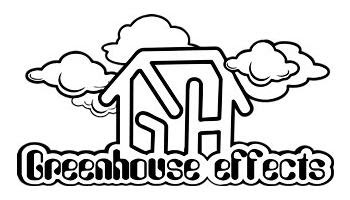 Take a minute and look at this awesome logo from Greenhouse Effects... Anyone with this much creativity must have a talent for building great effects pedals. Once again I was so fortunate to come across such an awesome pedal company. I was doing some surfing on Youtube when I came across some Greenhouse Effects pedal demos. The videos were simple and straight to the point, but more important they sounded pretty damn good. I said to myself; "If these pedals sound this good through these videos they must sound amazing up close and personal". So my hunt began and I shot Greenhouse Effects an email. Later I would get an email from a cat named Roy, and he would inform me his little boutique company was stationed in Israel, that's right Israel! This just goes to show how far the pedal bug has really traveled. Like many of the great companies we feature on our site Greenhouse is also a one-man operation, ran by Roy, designed by Roy, and built by Roy. Turns out this Roy character is one of the most skilled mo-fo's we have ever come acorss. The pedal he ended up sending us? An overdriver. A simple 3 knob overdriver with a sound like no other. Now there are many many OD pedals available today, vintage ones, mass produced ones, boutique models, and rare out of this world designs. The only thing the Greenhouse OD pedal has in common with the list above is it's an overdriver. The Goldrive MkII brings 100% flavor, no-frills attitude, and a collection of splendid tones that'll turn your amp into a screaming box of magic tones. Try and get that from any old 3 knob overdrive pedal... Not gonna happen is it? 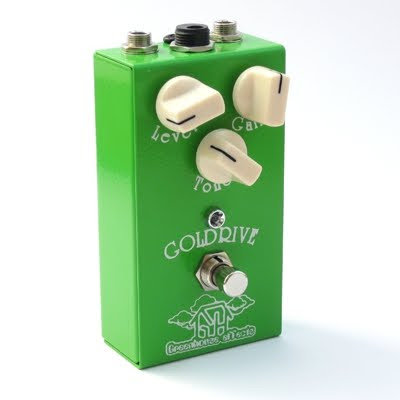 The new Greenhouse Effects website will be found at www.gheffects.com In the meantime you can reach Roy at Goldrivepedal@gmail.com Make sure you let him know we sent you. Make sure and check out the Greenhouse Effects demos at www.youtube.com/user/royzic
Posted by Alfie Cruz at 8:35 AM