One pedal all us players can agree is a must on our pedaboards is the OD. As simple as these pedals are they can be used to achieve an enormous palette of tones, for just about any style of music. Overdrivers get along with anything from the cleanest of signals to the dirtiest and muddiest. Since the beginning of the stompbox revolution players have been hunting down, experimenting with, and hoarding many different breeds of overdrive boxes - All in the name of taking their sounds to the next level. It is the OD that is responsible for many of the signature tones of yesterday and today, and the favorite of many'a stompbox builder. Google overdrive and you will be sure to come across an endless sea of boutique, mainstream, and one-off creations. But of all these creations there is one circuit that is copied and tweaked far more than the rest.... the mighty TS808. If you've ever had a chance to run a proper old school Tube Screamer through it's paces you know just how and why these pedals are so special. Only problem with many of the modern designs is they come off more as distortion boxes than actual overdrives. A proper TS style pedal is subtle and pushes out a signal that works with your tone instead of  against it (which is where many builders miss). Well, here is a company that hasn't steered me wrong yet, and with this here design has been able to take the mighty 808 to rockin' new levels. I promise you one thing - you won't have to worry or be confused about what is or isn't an overdrive here. 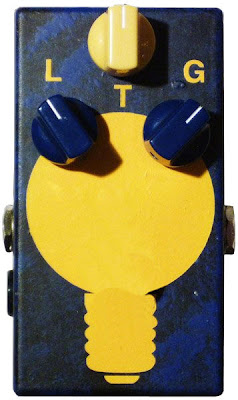 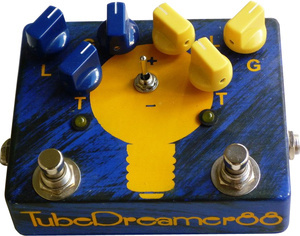 If you need more info on these hand made Greek masterpieces go to www.jampedals.com or go to our direct links. We will continue bringing you guys more and more of these magical pedals as they come and keep giving you the best possible insight. Stay tunes for more from Jam Pedals. Pictured above is another version of the Tube Dreamer, the TD88. Just another of the cool and crazy creations from our friends at Jam Pedals.
Posted by Alfie Cruz at 8:06 PM