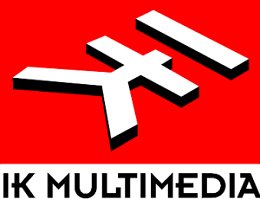 Just think - A few years ago the only way to get a proper sounding vintage tone was to own some vintage gear of your own, borrow some, or build the gear yourself. But this is all a thing of the past thanks to today's wonderful world of plug-in software. Now anyone can own an impressive collection of both vintage and modern gear, all stored and ripe for the picking straight from your computer. Let's say maybe you want a classic Tweed or Blackface tone, or maybe you're after some of rock history's favorite stompbox effects. No problem! All you gotta know is the right place to turn and you're in there with the best of yesterday's tones.
And it doesn't end with amps and stompboxes either. Today you can find software

capable of mimicking anything from signal processors to microphones, and guitar cabs to micing techniques. And the list goes on. One of the champions on the forefront of this magnificent technology is non-other than the mighty IK Multimedia - creators of the popular AmpliTube programs. Today you will find it's damn near impossible to come across a studio and not find one of IK's powerful programs lurking in the cut. The reason for this is simple. Spot-on feel and spot-on sound. For those of you familiar with any of the IK Multimedia guitar orientated software, you know of what I speak. And for those of you multi-
instrumentalist/bass playing monsters, IK has also got some mojo for you. It's called Ampeg® SVX, and it is a must have for anyone looking for a professional proper Ampeg® bass sound. I have now been exploring and experimenting with the Ampeg® SVX software for a good 2-3 months and I will say I am quite impressed. The versatility, simplicity, and professional sound of the SVX software is perfect for every level of player and producer. 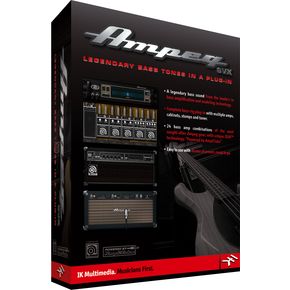 Now, my partner and I may not have the biggest and most luxurious of recording setups. But where it lacks in size is it sure as hell packs in punch. And it is thanks to software programs like Ampeg® SVX that our sonic capabilities are as powerful as they are. I began meddling with the SVX software simply to just dial in and hunt for usable tones, just like I would with any bass amp. But unlike an amp I needed not worry about a beastly 300 watts of sound. Something both my ears and neighbors are very thankful for. For bass guitars I used a 70's reissue Jazz Bass and old Danelectro. I started by plugging the JB straight into my trusty Whirlwind IMP DI, then out into the mic pre, and on into DAW. I began with the SVT Classic head and matching cab, and Dynamic 20 mic (based on the Electro-Voice® RE-20). I dialed the amp's controls straight up the middle, with Ultra Hi/Lo switches out, and left the mic placement as it was. I let my fingers slide up and down the Jazz bass's fretboard, tapping on it lightly, and thumping with my thumb from string to string. I did this to see if I could get the software to respond just like an amp would. Right off the bat I was able to hear, and more importantly feel, all of the little accents and intricate frequencies that make a great sounding bass amp great. Next I pulled up a session and laid down a scratch bass track. Once I had the track down I went back and listened, and with little effort I was able to set the Classic SVT model just where I wanted it. Without leaving my seat I was able to experiment with a handful of different mic positions which all really sounded amazing. I'll tell you this much - with a tool like this finding tones has never been easier. In no time at all I had a rich, warm, and punchy bass tone that responded great to both my fingers and guitar pick. Later once I had my final take down, I had no trouble fine tuning the bass track with just a hint of eq and compression. In less time than one would imagine I had myself a killer classic rock bass tone which complimented anything I stacked it up with. All in all the SVT Classic model was able to deliver soft thumpy country tones, deep'n'punchy funk tones, and a world of different rich and aggressive rock tones. All which I was able to store away for future recording or live use. Along with the SVT Classic's Hi/Lo switches and the array of stompboxes that can be thrown into the mix - The possibilities are endless.

Now, I won't get into every amp model that the Ampeg SVX has to offer, but I will throw down some props on another of my favorite's... The B-15R model (based around the classic Ampeg Portaflex amps). Talk about the perfect marriage between smooth and aggressive. I have been very lucky to have had access to these amazing amps in many of the recording sessions I have taken part of throughout the years. And of all the amps I have played the old school Portaflex's are amongst some of the best. Here I also used the Jazz bass to get some stellar tones, but the real treat was plugging in the Dano bass, which gave me some extremely cool and original bass sounds. To find the tone I wanted I went through the same process as before - throwing down a scratch track then fin tuning it. This time I found the Condenser 414 (AKG® C-414) mic worked quite nicely with this setup. I also threw in some of the software's stompboxes, as well as testing the program with some of my own. To dirty up the signal just a hint I found the Scrambler Overdrive worked beautifully. Here I must compliment on how simple and user friendly the interface of the software is. Everything is self explanatory which makes the entire program move really smoothly. Dialing in the SCP OD felt and responded just like an actual pedal, giving me the rush and satisfaction of having a new pedal! Playing through the software's pedals and using it's amps, mics, and cabs - I thought would deliver an overly processed sound (as it has been my experience with other software), but this was not the case. Running the Dano through the B-15R model gave plenty of super smooth lows and mids, tight focused highs, and a great level of response. With the software's SCP OD pedal in the mix, the tone jumped and thumped like a tornado. I only wished I could click it in & out like you would an actual effects pedal, which is where IK's StompIO and Stealth Pedal come into play. Another couple pedals from this software that I really dug were the Envelope Filter and SCP Octaver. Both of these pedals had lots of warmth, and versatility, which gave them that sweet sweet analog feel. Again, it would be if they were stompable. Next I went back to the B-15R's root tone and pulled out a few of my own pedals. Now. if ever you've had experience in running stompboxes through software, you know it can be quite tricky. Not all programs I have tried work well with effects pedals of other hardware But again this was not an issue here. Because of the Ampeg SVX's tone and feel, it took to everything I pushed through it and blended with it beautifully. Driving the amp model with one of my own overdrivers got me dead accurate overdriven bass tones which also helped in expanding the amp models overall tones. By this point it was pretty damn clear that this program wasn't going to disappoint. And it hasn't yet. When I ran the software's heads with no effects of any kind, I found they didn't mask the character of my bass guitars. Alone all of the amp models produced neutral and honest tones which made recording, practicing, and writing all great experiences. I have played both originals and reissues of the amps and pedals modeled in this program, and can safely say I know them inside out. . Nothing compares to these magical pieces of gear, and having this software on deck recreates many of those tones dead-on accurate.


Listening back to the bass tracks I recorded didn't come across jagged or overpowering. I was able to hear all of my dynamics and accents like I would any killer amp. Some modeling and plug-in software can stick out like a sore thumb, causing you to work harder to correct it. The Ampeg SVX software does not introduce this problem in any of the applications I tried it with. IK Multimedia truly chose a fantastic collection of amps, microphones, and cabs to create a program that delivers an ocean of bass lovely tones. Having access to the tones available form this software can give a writing session a glimpse of what's to come - a demo recording the sound to inspire - and a live gig a taste of a studio's magic. Setups from the smallest home project studios to professional record producing giants, will find this a great source of magical sounding user friendly software. The Ampeg SVX program worked and sounded beautifully through all the hardware I ran it through, it worked great with other instruments such as keyboards and baritone guitars, and it did it all with a tasty organic feel. With an instrument like the bass guitar a thing like feel is  everything. It is the backbone and weight that carries a tune, and is the instrument that gets the crowd moving. Last I will say - This was only a scratching of the surface of what is possible with this software. Get in and dig for yourself. 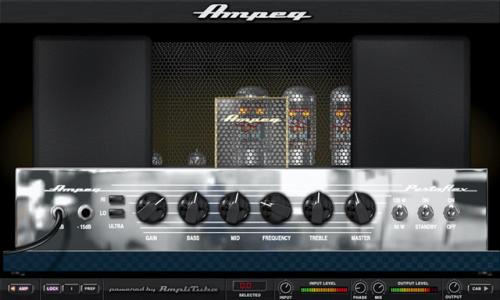