Night of the Living Fuzz

That's right kids, we've got another extra special treat for you from the awesome mind of Bill Spencer. Earlier this year when I discovered Spencer Amps I had no idea what I would be in for. In this life of a tone conscience/tone hunting fool - I come across and am introduced to lots of different gear. Some of the time the finds are real gems, and other times it is just more of the same. With Bill's gear it was a refreshing combination of familiar and wild'n'crazy tones. For those of you didn't catch our Spencer Amps feature on the Mystique Overdrive click here and come back to us once you've finished. You'll be glad you did. So what is it that makes these pedals a force of their own? Well, it appears Bill has a knack for uniting distortion tones with killer sounding fuzz. This is a talent that has led Bill to modify and design some real champion stompboxes. Below Bill has taken what in my opinion is not all that great of a pedal, and converted it into a spectacular one. You players that dig swimming within the distortion and fuzz box realm will ab-so-lut-ely dig this one. 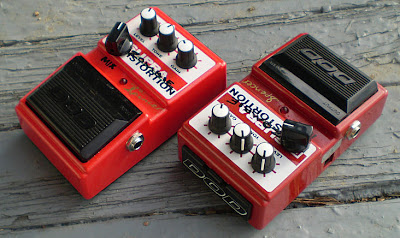 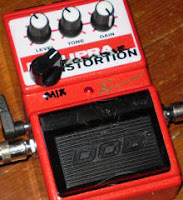 For more info on Spencer Amps go to www.spenceramps.com or click one of the Spencer Amps links. Make sure to check out our other Spencer Amps reviews and look out for more from this company in the near future.
Posted by Alfie Cruz at 11:00 PM