We've had some awesome luck here at AWC hunting down and discovering a ton of killer sounding tone tools. Our first year saw many innovative, revolutionary, and one-of-a-kind music gadgets. Along with the pedal boom also came many many builders producing their take on vintage voiced effects pedals. If there's one thing we can never go wrong on it's a great classic rock sounding fuzz box, overdriver, or distortion pedal. One of the golden finds for us this last year and what we've chosen as our March Monthly Pick is Backbeat Electric. A German handmade effects pedal company with a collection of mind blowing stompboxes that are more than capable of delivering a rockin' good time. The focus of the Backbeat Electric team does seem to be on the vintage vibe side of things, which they have masterfully recreated, but it doesn't end there. You will find yourself easily capable of dialing in both classic and modern rock tones with these pedals, and at the same time find yourself in a sea of high quality dirt tones. With the touch of class and style that Backbeat Electric has thrown into the mix, you will also find yourself owning one of the coolest looking stompboxes to land your pedalboard. 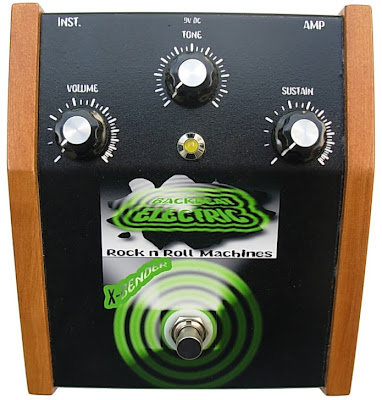 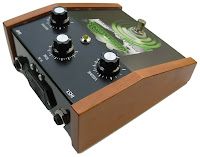 For more info on Backbeat-Electric go to www.backbeat-electric.com or click the direct link in our sidebar. Backbeat Electric offers a wide range of awesome sounding fuzz that you're sure to fall in love with. Make sure and stay tuned for more from this super hip company. Peace!
Posted by Alfie Cruz at 4:13 PM