One of the coolest things to hit the pedal scene last year was the return of the Way Huge pedal line. Anyone who's hip on hip stompboxes knows the name of Way Huge and the man behind the plan, Mr. George Tripp. I had a chance to put the first three Way Huge pedal releases through their paces and was impressed by each and every one of them. I was able to pull a huge number of tones from all three pedals and found them to work beautifully through everything I ran them through. These new pedals are a great way for those who didn't have a chance to get their hands on the first run, and a perfect way to get inside the mind of electronics madman Mr. Tripp. Anyone looking to downsize their pedalboards while maintaining a wide variety of sounds would benefit highly from these pedals. Or if you're just looking to take your sound to the level, looking for something new and exciting, or are in need of a tonal facelift. The Way Huge pedals will hand over exactly what you're looking for. Hold on tight, we're going in. 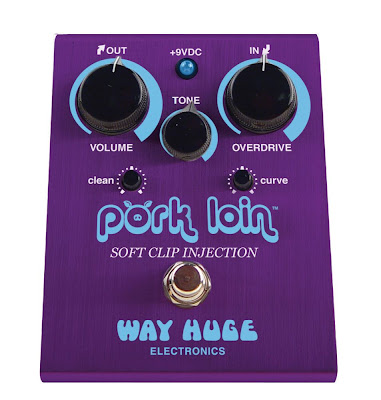 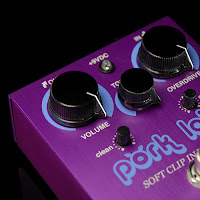 For more info on Way Huge products go to www.wayhuge.com or click the direct link in our sidebar. You can also visit the Dunlop website at www.jimdunlop.com Keep your eyes peeled we have more coming soon!
Posted by Alfie Cruz at 4:07 PM