This was a no brainer for us, we took one look at these pedals and knew these were going to be some of the most splendid stompboxes we'd ever come across. Whenever anyone puts this much creativity into their work it's bound to touch the heart and soul of the player. Besides the fact that these pedals look insanely cool riding your pedalboard, they sound equally as amazing and deliver a vintage tone unmatched by anything other than a handful of originals. JAM Pedals builds their analog works of art with the highest quality components available, using rare NOS chips, carbon comp resistors, and hand selected matched transistors. I'm the kind of cat that can easily be satisfied with a blank box as long as it sounds good. Throw the right components into an enclosure, close her up, and I'm ready to go. With the cats at JAM Pedals it is apparent there's more going than just building a great sounding stompbox. These are people that are crawling with artistic fever. The vibe, look, and sound of their pedals all point to one thing and one thing only... Rock & Roll! JAM Pedals; Avant-gard, retro, classy, and lovely musical tools. All wrapped into a sound that will bring your soul onto it's knees.
------------------------------------------------------
Jam Pedals
Handmade in Greece 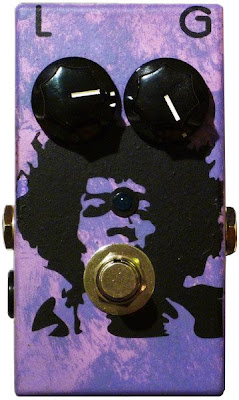