The Aqua Puss delay. A pedal that sooooo many cats have been dying to see back on the front lines of rock & roll. And for good reason too. Go out and try to find yourself an original Aqua Puss and you'll quickly learn the task is near impossible to conquer. I myself only through absolute luck got to experience the magic of the original. I can remember how impressed I was by the pedal's overall tone and simplicity. So when I first heard Way Huge was gonna be rockin' this baby again I became weak in the knees and giddy like a little school girl. But then again I guess Way Huge pedals just do that to people... at least I hope they do. I will tell you from experience that the Aqua Puss mkII definitely does justice to it's original brother. But then again, with gadget giants such as Tripps and Dunlop teaming up together - What else could we expect but the best, right? I am yet to see a failure from this duo and highly doubt one will ever see light. Get out there and get your hands on the new Way Huge collection. Your tone will thank you for it.
----------------------------------------------------- 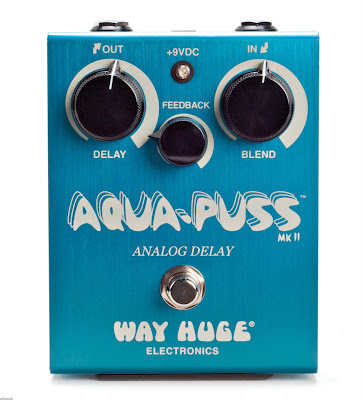 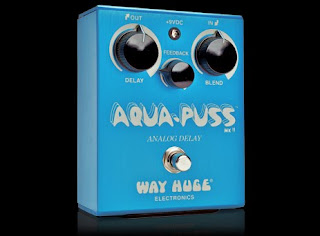 You can check out more info on Way Huge pedals at www.wayhuge.com or click the link in our sidebar. You can also check out some awesome demo videos on our Youtube search engine at the bottom of the site, just click Way Huge pedals and you're good to go. Be on the look out for our venture into the Dunlop and MXR realm coming at you very very soon. 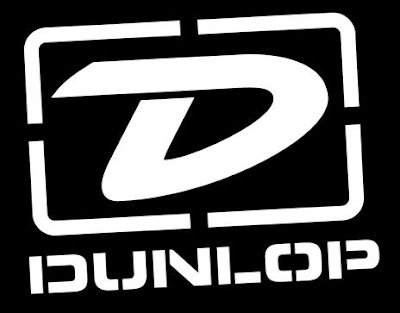 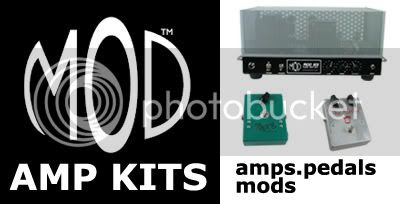