What did this beautiful man give us and our world of rock, jazz, blues, and folk? Some of the greatest guitars known to man, some of the most revolutionary changes in recording sound, and some of the greatest music of all time. Les Paul was to the guitar world a true hero and legend. His inventions, music, and the all mighty Les Paul guitar changed us forever and did for the 20th century what was needed for the rock movement to set in place. When the Gibson Les Paul guitar was introduced in 1952 the guitar playing world would be changed forever, it's powerful sound would create some of the most memorable signature rock tones existing in rock & roll today. The Les Paul began with what would become one of the most sought after guitars in history, the Goldtop. Then came such beauties as the Black Beauty, Les Paul Custom, Les Paul Junior, and later the Special. Les Paul guitar models have become time machines passing through our world of music, not needing to change and changing the outcome of so many wonderful and revolutionary sounds. When we think of Les Paul guitars one pickup comes to mind, the PAF. This combo has created so many of the killer sounds we tone chasers hunt for. It doesn't matter which model you've played or had the chance to listen to, in the end it all came from the mind of a man on a mission to be heard. Les would also become the inventor of some of the recording studios most useful and revolutionary tools. Multi-tracking was also one of Les Paul's dreams and realities, I mean come on, how awesome was this cat. 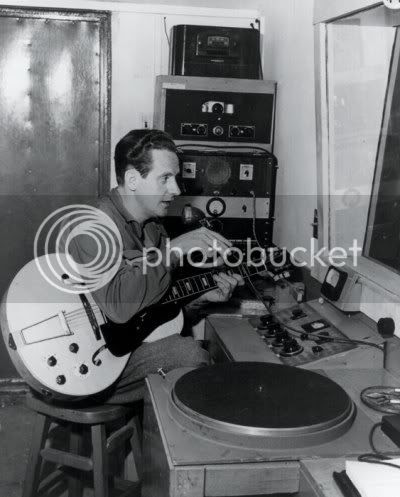 In 1977 the year I was born, Les and Chet Atkins would create the grammy winning album "Chester and Lester". This was just one of the ways Les showed us his passion and dedication to the instrument. Of course before this was the unforgettable relationship of Les and Mary Ford. They would go on to create countless inspirational albums that would influence the rock and roll movement of late 50's. After many ailments Les would return in the late 80's to continue performing and recording projects. His release of "Les Paul and Friends" in 2005 would again win him a grammy and would feature such heavyweights as Keith Richards, Buddy Guy, Billy Gibbons, Joe Perry, Jeff Beck, and Eric Clapton. Les would go into the Rock and Roll Hal of Fame in 2008 which was not only a great tribute but well damn deserved. Even in his later years Les continued to play gigs and jam with countless musicians, some famous, some everyday cats like you and me. I will never forget the first time I picked up my first Les Paul, it felt like a weapon of wood and steel, a weapon I could use to truly make my signature sound. This is a sound we all recognize the second we hear it on our favorite tunes, a sound that has influenced the likes of Clapton, Page, Beck, Garcia, Frehley, Townshend, Zappa, Santana, and Bob Marley to name a few. Today the Les Paul guitar continues to mold and shape the way music is played and heard, it's design is perfect. Today the music world looses a true gift and talent. We will never forget what Les Paul did for us and we will always think of him when we pick up our guitars. So now we say goodbye to Les, but we will always hear a little bit of him in player we come across and see what he did for music worldwide.

Rest In Peace you shining star. 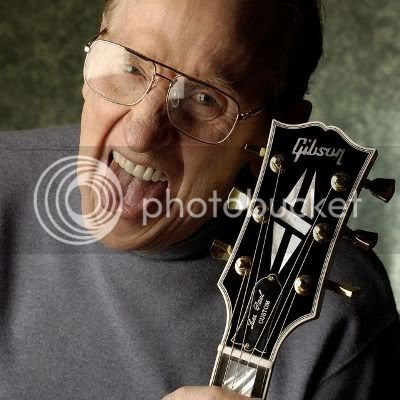